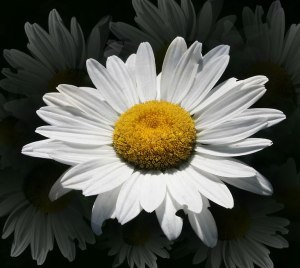 Jeane Carolyn DeGarmo Brown, 94, of Granville, passed February 22, 2021 at home with her children by her side.  Born in Evanston, IL to the late Kenneth William and Margaret Francis DeGarmo,  Jeane was preceeded in death by her loving husband of 53 years, John Boyer Brown; and her brother, John (Jack).

Jeane graduated in English from Denison University in 1947, met and married John Brown in Evanston in 1949, returned to Granville in 1952 as a faculty wife when John taught Chemistry, and has been part of the Denison/Granville community ever since.  Before returning to Granville, Jeane worked as a Marketing Research Assistant at Leo Bunett Advertising Agency from 1947 to 1950 and as a payroll clerk at Northwestern University.  While raising three chidren, Jeane was a financial advisor and treasurer of the Delta Gamma Sorority at Denison and a deacon, elder, Sunday school teacher, and nominating committee member at Granville Presbyterian Church.  She took additional art classes at Denison along with other courses to qualify as a Special Ed. tutor for Newark City Schools 1977-81.  After 1983, Jeane began her home pottery business and work as a Psychometrician at Psychological Associates, Newark.  A member of the P.E.O. Sisterhood since 1977, Jeane has served Chapter AB as Recording Secretary and as President in the years 1988-90.  Jeane’s family and friends will remember her for her Christian faith, her volunteer work in the community, and her love of art, music, and travel.

Memorial contributions may be made to P.E.O. Foundation, P.E.O. Executive Office, Treasurer Dept., 3700 Grand Ave., Des Moines, IA 50312, with Jeane’s name in the memo with, In Memory Of.  Arrangements are in the care of Mcpeek-Hoekstra Funeral Home in Granville.  Online condolences may be made at www.mcpeekhoekstra.com.

Private burial will be held at Denison Cemetery.   The family will have a memorial service later in the year, TBA .